Today I will be writing about a slightly different topic… one that is still quite nerdy, but one that is also near and dear to my heart- agates; Lake Superior’s treasure! My Grandfather first introduced me to agates when I was a little girl. He shared his passion for the hobby with me and my interest in them has grown ever since. Keep reading to find out more about these beautiful gemstones.

What is an Agate?

An agate is actually a variety of the mineral quartz. Specifically, an agate is made up out of layers of chalcedony (kal-SED-oh-nee); a very hard material. These layers build up in gas bubbles (aka vesicles) within rocks. These layers create the banding pattern that agates are famous for. 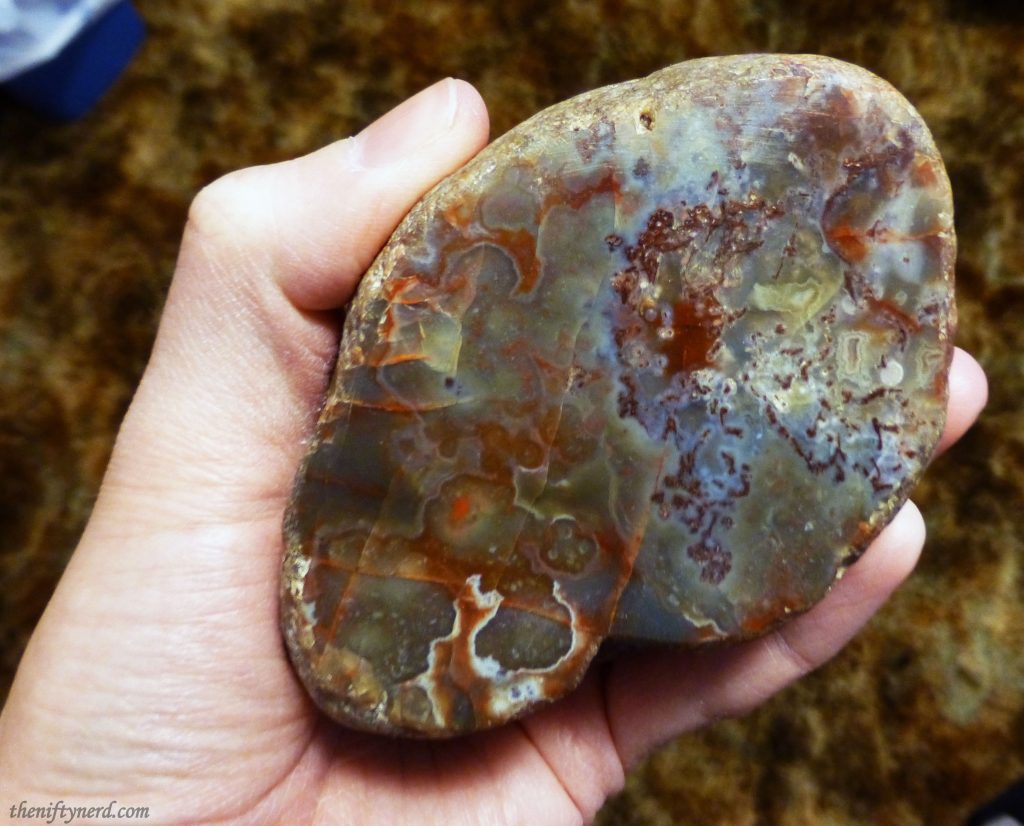 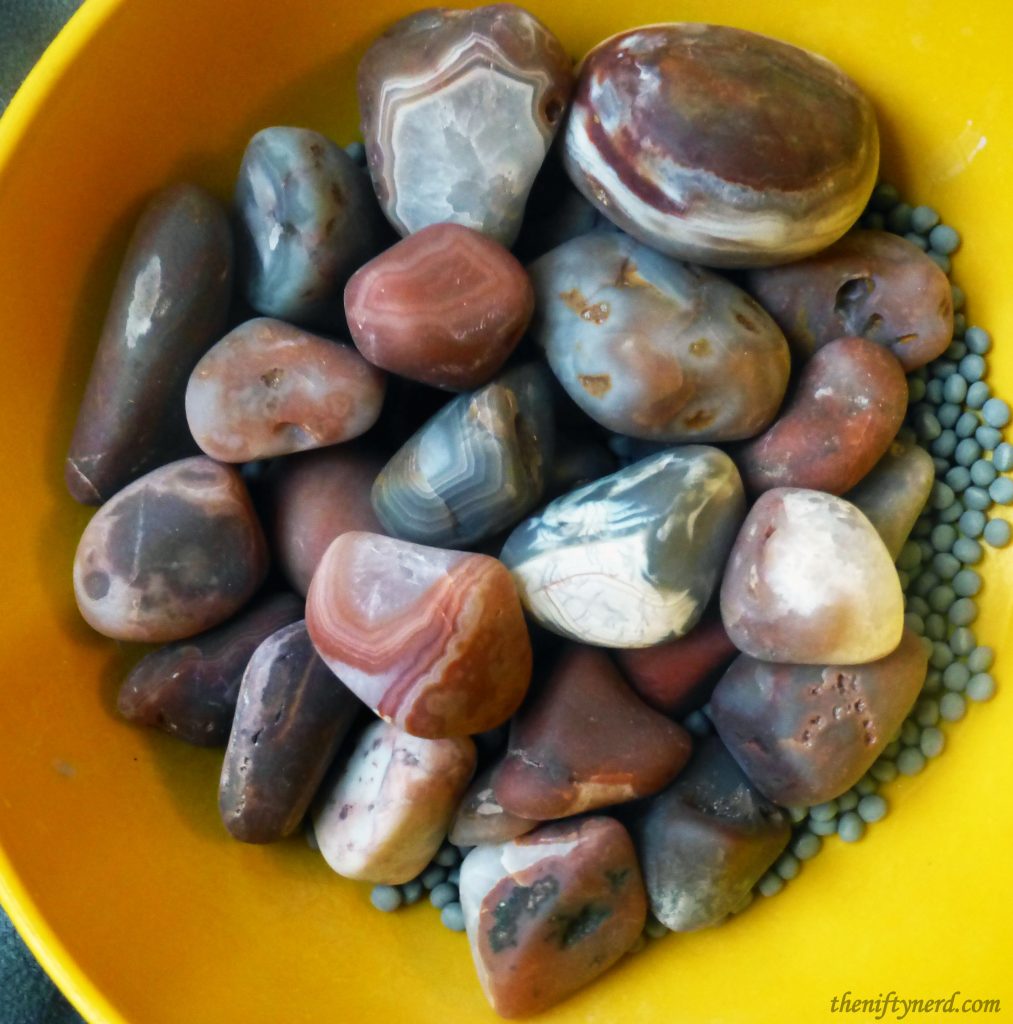 Agates after the 1st stage of tumbling

So how exactly does one find an agate? There are a number of clues that can signify that you’ve found an agate; aside from their popular banding, which may or may not be visible.

Agates initially formed along the shores of Lake Superior. Since that time, they have been carried throughout the region by glaciers and rivers. Since your best chances of finding the gemstones are in areas where the earth/soil has been moved, the Lake’s shoreline, riverbanks and beds, as well as gravel pits all make great locations for finding them. Please note that most pits are privately owned and can be dangerous, so ask for permission first and exercise caution when traversing.

This post only begins to scratch the surface of agates. There’s a lot more information out there about Lake Superior agates including more detailed info on where to find them (Moose Lake, MN has an annual agate festival each year), the types of agates and their rarities (eye agates are one of my favorites), how you can display and use agates (jewelery is a common use), as well as how to polish them (not all agates should be polished according to the experts); just to name a few topic categories.

Thanks to my Grandfather passing on his passion, I own a double barrel Lortone 33B rock tumbler and always have my eyes on the ground scanning for agates wherever I walk. This post is written in loving memory of him -in order to keep the hobby and passion alive and share it with others!
Keep in mind that different agates are located all around the world. Research your area to see what treasures may be around for finding!
Questions about agates or agate hunting? Are you a rock hound and feel I left something out? Let’s discuss in the comments below!

agates, how to identify an agate, lake superior agates, rock polishing, science, what is an agate
Recommended Posts
Showing 8 comments