In anticipation of the release of Borderlands: The Pre-Sequel (which hits stores in less than 1 month on October 14th!), this week I’ll be honoring two awesome characters from Borderlands 2; Gaige, the Mechromancer & Salvador, the Gunzerker!

With its artistic style, humor, characters, and skill tree leveling (among other attributes), I was immediately hooked the first time I played the original Borderlands game on my Xbox 360. Now, having played through the sequel, and eagerly awaiting the ‘pre-sequel,’ how could I not turn some of the game’s formidable characters into everyday outfits?! ….Time to get going vault hunter; continue below to see the characters come to life!

And now, my fellow vault hunters, I present to you first Gaige, the Mechromancer: 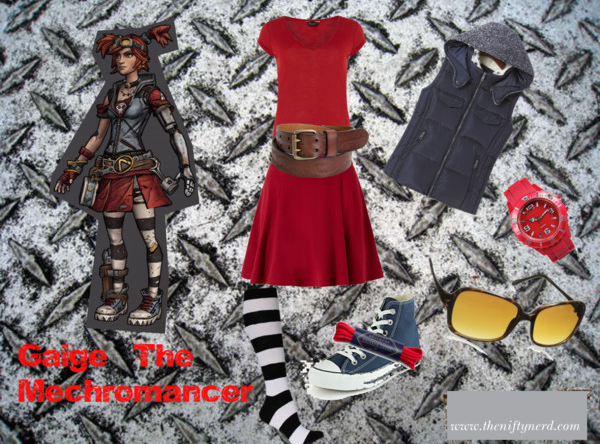 As fun and quirky as she is, this outfit is great for romping around in on the weekends….just be sure to be prepared with all your extra gadgets and gizmos too; vault hunting does get pretty dirty after all and you never know what you may need. This entire outfit can be recreated for $186. What’s great are the closet staples that complete this outfit -perfect for mixing and matching in other ways!

With his duel-wielding ability and shoot ’em up style, my favorite character to play in Borderlands 2 is the Gunzerker. In lieu of that, this week I’m also catering to all the nerdy males with a simple, but fantastic outfit for Salvador, the Gunzerker: 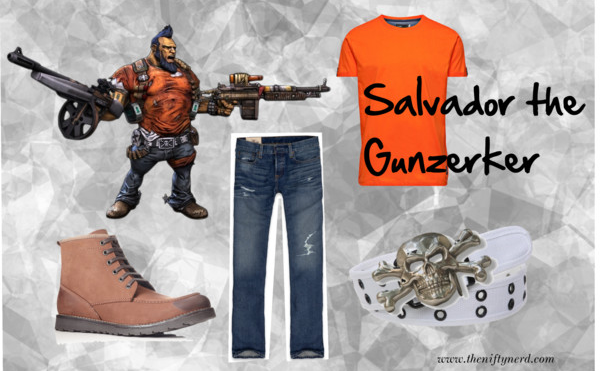 What makes Salvador’s outfit so great is its simple translation into everyday wear. Just like Gaige’s outfit, many of these articles are closet staples as well. Feeling particularly bold guys? Give yourself a blue faux hawk for the day too! This Gunzerker outfit can be completed for less than $110.
Bonus!
Looking to get started in actual cosplay? The Gunzerker character from Borderlands 2 makes a great first costume -little to no sewing, sweet guns to reproduce, and interesting accessories to try various crafting techniques on.Here’s the Gunzerker cosplay my boyfriend created this past spring as his first cosplay costume. He put this outfit together in less than two weeks (perfect for the working individual) with minimal investment. He was a hit at a local convention and enjoyed walking around, playing the part of Salvador. 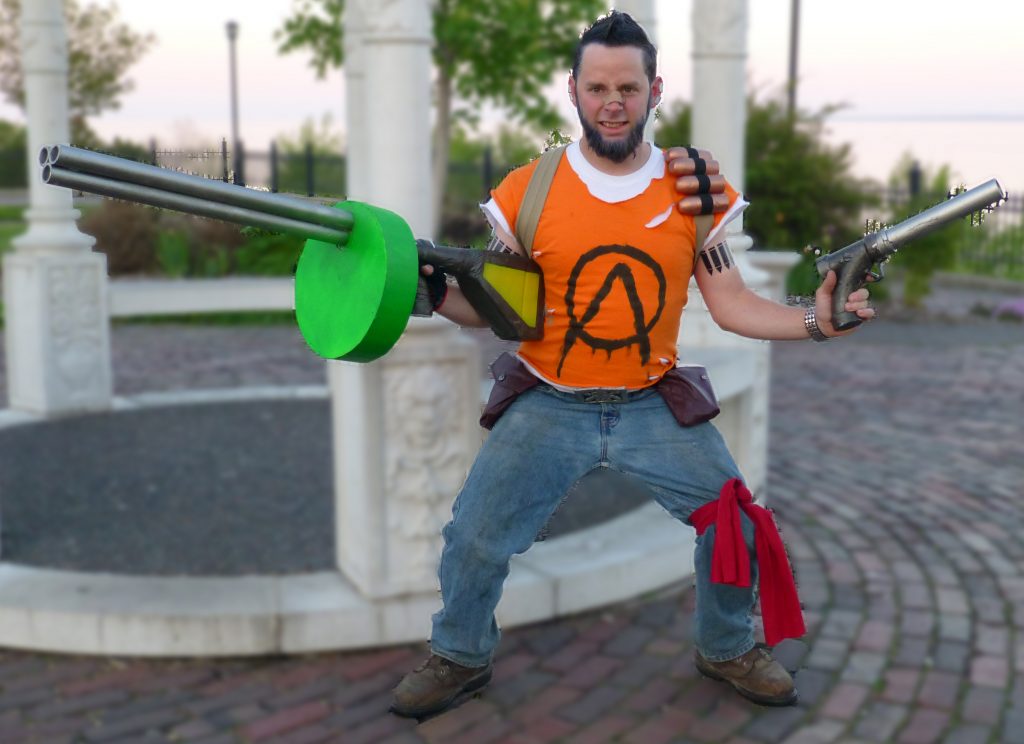 So….
Are you exciting for the pre-sequel’s release next month?
Do you have a favorite character from Borderlands?
Leave a comment below to share and discuss!